The Transition: Saluting The Rebels! 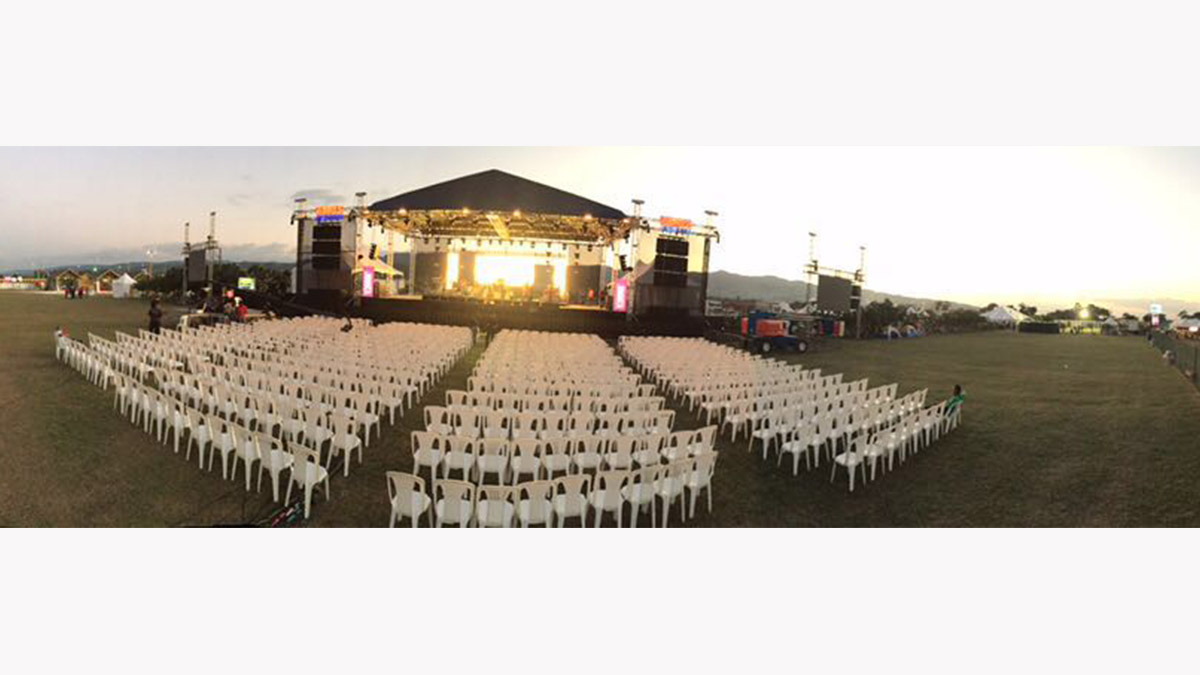 …By then I had told this story literally 13 times but I was still on a high. So when the lecturer said “anyone did anything special over the holidays?” My hand sprang into the air and my fingers were tingling to be chosen, and with my eyes filled with glee I started the story before I was chosen to speak.

I began “boy, jed, alyuh jed y’all should have been there it was the best experience ever!”

At this point I had the attention of the entire class, so I continued (just as if I’m telling the story for the first time.) “Do you know Phase3? Well I had the privilege of going to Rebel Salute with them. Like there’s so much for us to learn… It’s one thing in here in the classroom learning about theories and strategic plans but out there everything comes to life, and the production part of media is way, way harder than it seems. Though Phase3 made it look effortless , as a newbie to production, I was in complete awe. There’s front of house production (which I seem to have preferred,) and behind house production (where media magic happens.)

I missed all of the setup of the LED tiles and other equipment but this didn’t stop the Phase3 team from teaching me a lot. It started off with a tour of the on wheels audiovisual house by Dr. Marcia Forbes! She imparted a wealth of information about the visual switchboard, which selects the scenes/shots for the viewers. We then moved over to the Graphics and Titling Department but much of that wasn’t done on the night. Thereafter we moved to the Audio Department this area is so important; just imagine if the person here is not paying attention during the streaming of a live concert! Finally we got to where one could learn the most from this experience; the color balance switchboard. This is where the behind house team makes life a bit easier for front of house crew. At the board we can control the quality of the image, by adjusting and finding the right balance of red, green and blue primary colours.

“What inspired me is how everyone on the Phase3 team just knew their role and fell into place and just did it. They took pride in their work!”
-Lavern King

Front of house production, my favored part! At this point I had the privilege of learning from veteran cameramen about proper angles/framing, focus and zooming. First I stopped by (Phase3 team member) Amiel, he taught me a lot! I was behind a Digipower88 box-lens trying to steer it to capture the every move of the hyped reggae artistes. After this I went on to stage and joined the crew there, (and who was as happy as me? Like I needed someone to pinch me!) With camera in hands (by the way it is heavier than it looks) I was trying my best to follow the instructions from (Phase3 team member) Eldorado.

I had to get all my learning in before Queen Ifrica and Beres performed! And when they came on, they PERFORMED! TOTALLY DELIVERED!

Then it was time to go close the curtains on what was certainly a night of great Edutainment for me! And that’s my special happening over the holidays!”
My lecturer, almost intersecting asked “so how did you get to do this Lavern?”
And beaming almost boastfully I said “well Sir, only because I have the best mentor in the world.”

Phase3 made my Rebel Salute experience more than just a concert; they forced me to critically think about learning in a classroom and practical learning. There is a stark difference between being in class and when it’s time to kick into action.

Thanks for the amazing opportunity!