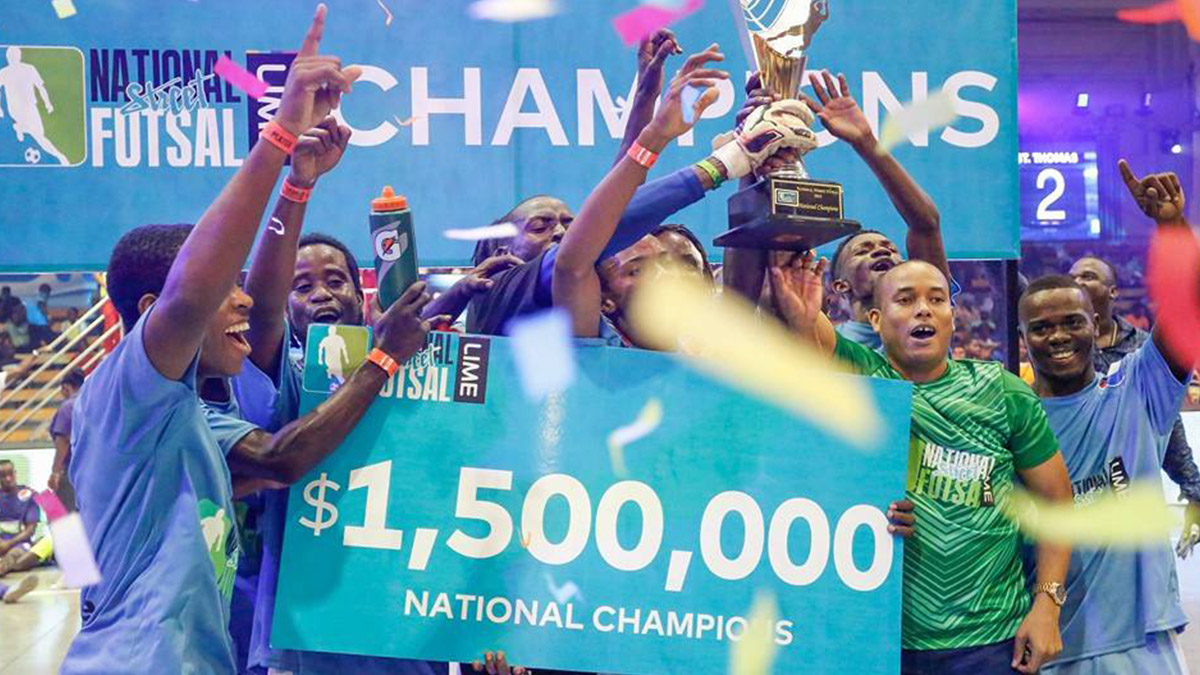 TV is awesome!
Television is a significant development in broadcast communication because of its ability to bring a message that is enhanced with image and audio to an audience. Clearly, this is very convenient because otherwise we would all have to leave the comfort of our homes, and let’s face it, sometimes beds, in order to access the news or watch our favourite programs or sports games.

So TV is great! But don’t we all have those moments where we’re shouting at the characters or players behind the screen begging for them to take our advice, only to be ignored? What if there was a way to close that technological distance between us and what we are watching?

It gets better!
Phase 3 Productions worked with ad agency, Admark, to broadcast LIME’s National Street Futsal Tournament on Television Jamaica (TVJ). Live broadcast television is no easy feat, but it is the norm for Phase 3. The novelty takes place in the online streaming component, which was shot simultaneously with the television broadcast, both live, and both done with extreme attention to detail. Thanks to this online component, online viewers were able to be active participants in LIME’s Futsal Tournament.

Live stream and Phase 3
A live stream broadcast tends to bring in an entirely different, but smaller audience. Since the audience is smaller, it allows the production team to better customize content with the audience in mind. For example, the stream and broadcast for LIME’s futsal final showed the exact same content, in reference to the actual game, but the stream portrayed additional, more personalized content.

According to Kemar, one of Phase 3’s cameramen, the online stream for LIME’s futsal final has an entirely different reach than the live TV broadcast. This allows the production team to create content specifically for their online futsal viewers. Leslie, the production coordinator and producer for the online streaming, added that for the Futsal stream, the content was more flexible. This is evident in the way Denise, the host, was able to manoeuvre through the bleachers packed full of onlookers doing impromptu interviews and taking selfies with the crowd, elements that were not used for the TV broadcast.
Benefits

Online streaming can be beneficial to both the audience and the production team. While the audience gets to view and enjoy content that is more tailored to their needs, the producers, cameramen, and directors, get immediate feedback from the audience.
Delano, Phase 3’s director, expounded on this exchange by explaining that the integration of social media, like Instagram, Facebook, and especially Twitter, provides a channel for viewers to voice their opinions about the game. In fact, some viewer tweets were integrated into the live stream itself. Viewers get to feel like they are really a part of what is happening, and the production crew gets helpful feedback from the audience for the content they are shooting, in order to make quick adjustments to more accurately fulfil viewers’ needs.

Challenges
While the benefits are numerable, it is important to recognize that simultaneously shooting somewhat different content for the futsal TV broadcast and live stream, of course, comes with its own set of challenges. There are the common challenges that come with covering any event. Typically, for a production this size, Phase 3 usually commands a production crew of about 25 people. Now, imagine that already large production team enhanced with four additional crew members to help create the customized content that the live stream presents. To that, add nine cameras, audio, and frequent instructions from the director and producer to the crew.

Communication between the production crew and those in the production truck can be an especially difficult hurdle to overcome. Not to mention the weight of the desire to create an excellent service for the client and production for the audience, multiplied by two, as there are really two audiences. All things considered, clearly Phase 3, who near flawlessly executed both live stream and live broadcast seamlessly and simultaneously, loves a challenge and is up for anything!