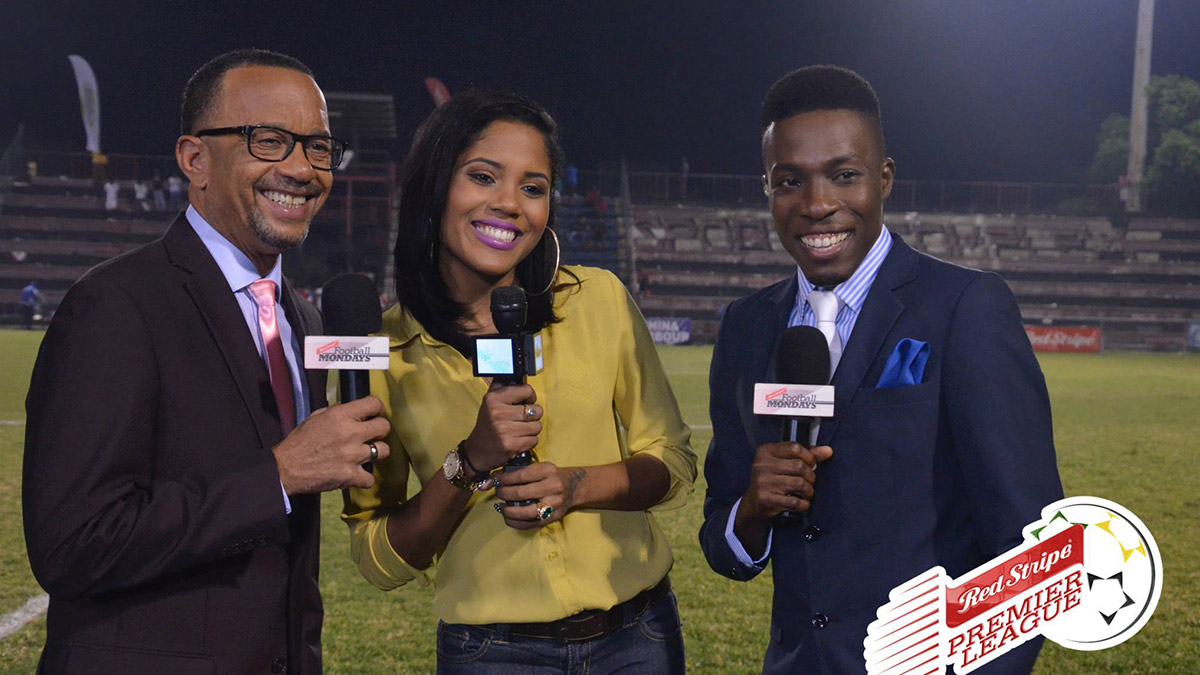 Bringing Your Favourite Sport to You!
The top division for men’s football association in Jamaica, The Red Stripe Premier League Final, was anticipated by fans locally and internationally. Supporters were at the National Stadium cheering for their team. Arnett Gardens had a 2-0 win over Montego Bay United. This was a Championship that was never to be missed. Hence, for persons who were not there physically, and wanted to enjoy the comfort of sharing in the participation in their home, Phase 3 Productions was there to capture that moment of victory.
The show was broadcast live on television and a link for live streaming was provided on the Red Stripe website and Facebook page. Additionally, Facebook and Twitter was used for social media interaction.

Creative Segments
Produced by Brian St.Juste, The Red Stripe Premier League was in its fourth season and is the largest production executed by Phase 3. Through hard work, dedication and commitment of the hard working Phase 3 team, the seasonal game was aired on Television Jamaica every Monday at 8:30pm.

For the final show, the production was divided into three different segments; the pregame show, the football match and the post-game show. Neville Bell, Denyque Welds and Gareth Geddes were weekly presenters who brought the show alive by keeping the viewers and listeners informed about what was taking place on the football grounds. Thus, bringing to you “the ball a roll, goal a score” experience.

Advanced Technology
Through streaming, viewers were able to view the match in high definition format with special help from the Fujinon 88x Lens, specifically for sports. This lens gave a close up look into the action, making the videos more remarkable. In addition, more sophistication was added to the production with the use of superior aerial technology; The Inspire DJI (the drone). It shoots up to 4k, (here the images adds more detail, more depth and more colour in resolution providing a different perspective used to make the moment more memorable.

Phase 3 always gives you an unforgettable production experience, using their new and improved technology to ensure that they satisfy your viewing needs.