From Fashion Week to Sumfest with Screens 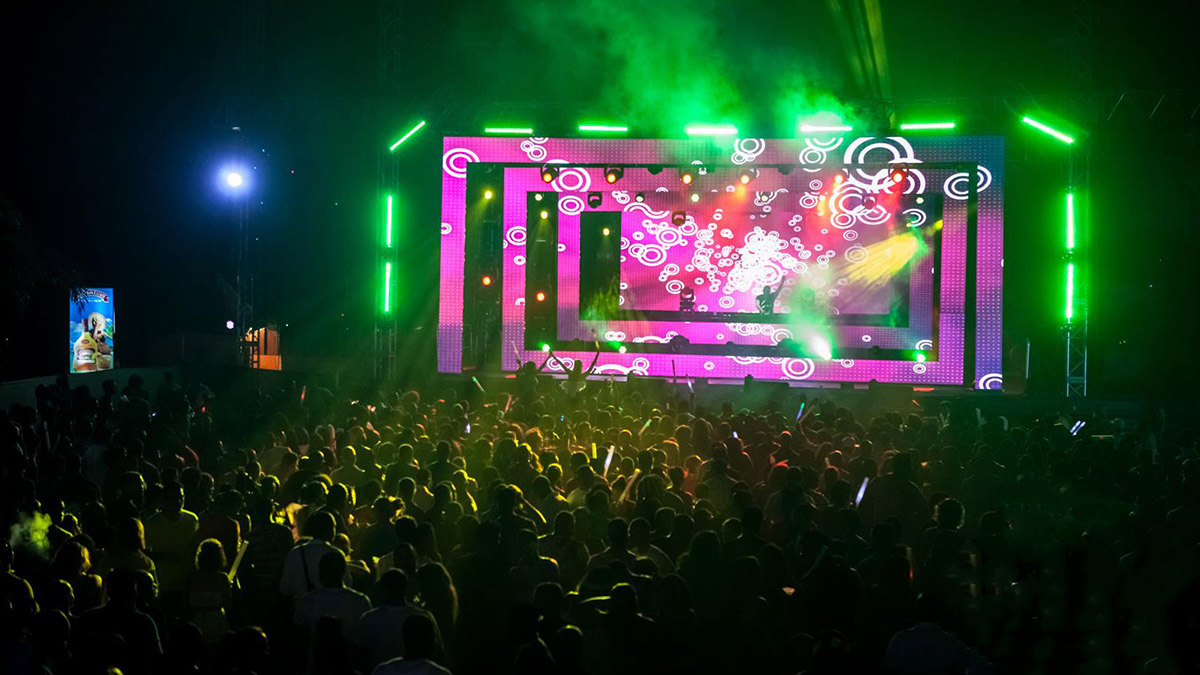 #Internperks
Being an intern at Phase 3 is like watching a grand ballet from the side of the stage. Here I am, privy to some of the biggest productions and events in the country, but always a few degrees removed. That means, as a part of the production team, I get to see all the backstage chaos become something truly breathtaking. But sometimes it isn’t the local celebrities or the set design that bring the excitement. Sometimes it is something a little more unexpected.

Multimedia is….awesome?
Now, I’ve seen multimedia support an event like a conference or meeting and I know it would be missed if it wasn’t there, but I have never felt like it could really amp up the excitement level. I was wrong, because I’ve now seen first hand just how much multimedia can add to an event. Though, I must say that a projector and screen wouldn’t have been enough to change my mind so swiftly. No, I’m talking about LED screens.

LED for Dummies
Don’t be put off if this explanation gets a little technical. For a long time I thought LED screens were basically giant TV’s. Spoiler alert: they’re not.

LED stands for light emitting diode. This is essentially a type of energy efficient light bulb. However, when you look at an LED screen you don’t see a bunch of random light bulbs. LED screens are made up of smaller LED tiles that fit together to make a screen of any size or shape. An LED tile, therefore, is a series of tiny LED bulbs set very closely together, a matter of millimeters. The screens can be illuminated and manipulated to accommodate various outputs from a computer. That includes live camera feeds, graphics, or simply an array of flashing colors

The distance between these bulbs determine the resolution for the screen. The smaller the distance, the higher the resolution will be. Phase 3 offers four types of LED tiles from 3 different brands, Radiant’s 18mm, Barco’s 11mm, and Absen’s 7mm and 3mm.

The 3mm tile has the highest resolution and is used for indoor events. The other LED tiles can be used outdoors as they are waterproof and can withstand even a category 5 hurricane. So while you’re braving the storm in the safety and comfort of your own home, your outdoor event is still going to be turnt!

I’ll let you take a look and decide for yourself!

Since LED screens are built and are not set in a fixed shape, Phase 3 makes a point of building LED screens that are creative and that fit the client’s needs. At Pulse’s Caribbean Fashion Week (CFW) 2015, our LED screen was placed over the entrance and exit of the runway, behind the beautifully clothed models. This was especially convenient because our multimedia technician, Chippy, was able to display the name of the designer and the name of his or her collection as the models strut down the runway.

I was especially impressed by the way the graphics seemed to bring out the essence of each line. For example, Cedella Marley’s line, ‘Harambe’, was inspired by and dedicated to her mother, Rita Marley. As per Cedella Marley’s request and in honor of her mother, Rita Marley’s picture was displayed during the runway time for Harambe. It was gorgeous! The LED screens also backed up the performances of Billy Ocean, and Christopher Martin.

There are stark differences between EDX and CFW in terms of event type and LED set up. EDX is an electronic music concert. This type of music is really upbeat in nature. Often the attendants of these concerts are dressed in bright colors, patterns, and bold styles of clothing. Phase 3’s LED layout for EDX captured these characteristics nearly perfectly.

Here we created a spiral shaped LED screen (designed by TEAM Solutions) that drew the audience’s attention to the performers on stage. At the back of the stage was a rectangular LED screen, used for graphics as well, but mainly to provide a live feed of the stage performances so the entire audience could clearly see featured performers like Tydi, Lema, and Kimkat! The blend of brightly colored graphics and live feed heightened the electrifying mood in the venue.

LEDs at Sumfest
This picture shows the LED tile set up at Reggae Sumfest 2014. The set up and uses for these LED screens have an interesting twist. Sean Paul used the LED tiles as part of his lighting design. The LED’s enhanced his lighting design, which added some serious production value to his performance. At Sumfest 2015, these LED screens provided a live feed of other artists’ performances, like Jennifer Hudson and Lady Saw.

So there we have it. LED screens are a great way to get that extra boost to make an event awesome. Phase 3’s team has proven their versatility by mixing up the layout so that each event has a unique touch. Here’s to the magic of LED!