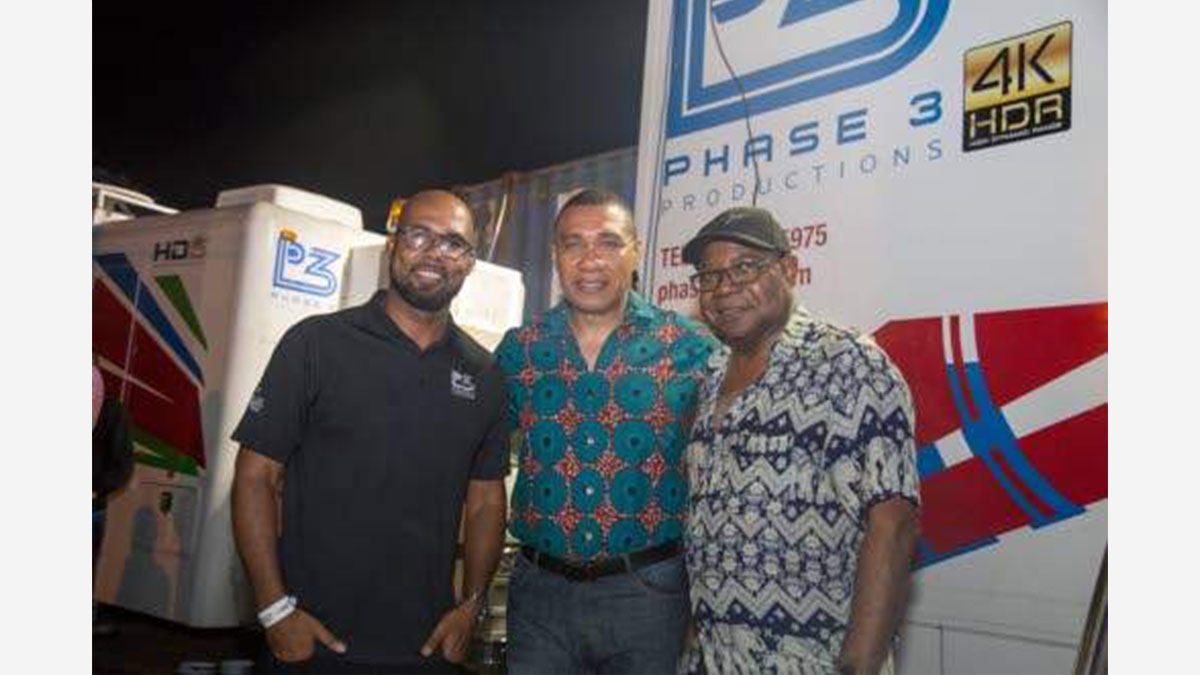 The company, which specialises in multi-camera, high-definition coverage of sports and entertainment events for live broadcast via television and the Internet, is proactively exploiting the Caribbean market.

In its 35th year of doing business Phase 3 Productions, which also provides support services such as content display via LED screens, live streaming and equipment rental, is about to sign a major contract that will see it taking on another industry-related service.

Additionally, Phase 3 has diversified its service offerings to include some of those most frequently requested by corporate clients, such as “up-lighting”. Coming out of its research and investment in LED screens some seven years ago, Phase 3 is seen as the industry leader in Jamaica and was invited by Absen out of China to serve as its dealer. Once P3 went Absen, the industry followed. Phase 3 now has the widest variety of LED screens in Jamaica.

Business wasn’t as good in the early days, replete as it was with challenges and struggles. However, it was not devoid of opportunities for the married couple that started Phase 3, Richard and Marcia Forbes. Through sweat and tears they persevered to build the business, as the proverbial saying goes, “from nothing to something”.

Learning from the past and transcending towards the future has been one of the hallmarks of this locally grown business. Today Phase 3 Productions is known for outstanding service to the television industry in Jamaica and the wider Caribbean, as it leads in creativity and innovation.